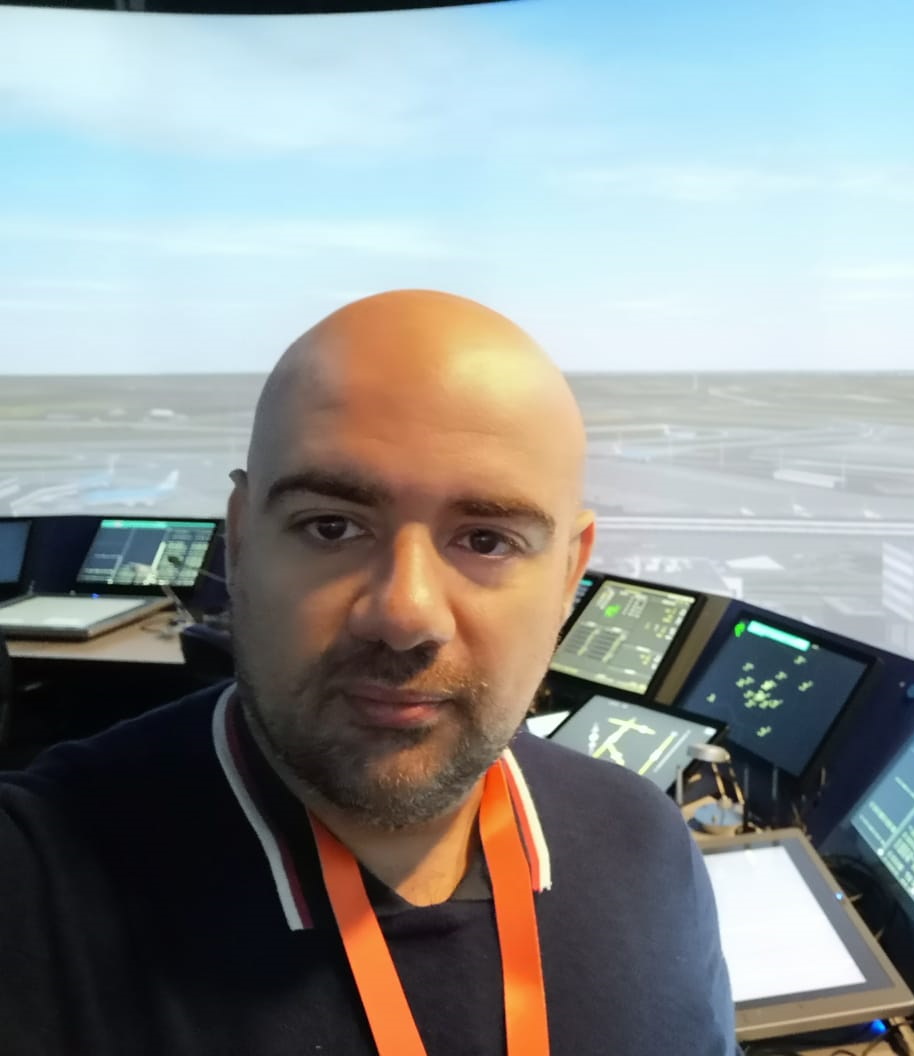 Maurizio Romano has over 14 years’ experience in Real Time Simulations “RTS” as a “Scenario Designer” within the ATM context. He worked with the Concept of Operation (ConOps) applied at the beginning in the European programme 6th Framework Programme then in SESAR and nowadays in SESAR 2020 framework context, with the responsibility of to coordinate the VMG (Validation Management Group) and to properly coordinate all RTS activities. In SESAR 1 Maurizio has been the OFA coordinator for ASAS S&M management the Concept of Operation of ASAS S&M in the ATM context and the responsible for the preparation of Experimental /Validation Design in ENAV Experimental Centre for SESAR Framework. (SESAR Best Release Exercise 2012 and 2014 for ASAS S&M EXE199 and I4D Operation in TMA environment Integrated and Pre-Operational Validation & Cross Validation EXE 805). In SESAR 2020 Wave 1 Maurizio has been Solution Lead for solution in Project 15.09: Data Centre for virtual Centre in the context of Delegation of Airspace. Currently I am managing the PJ10.W2 Solution 93 Delegation of airspace amongst ATSUs. 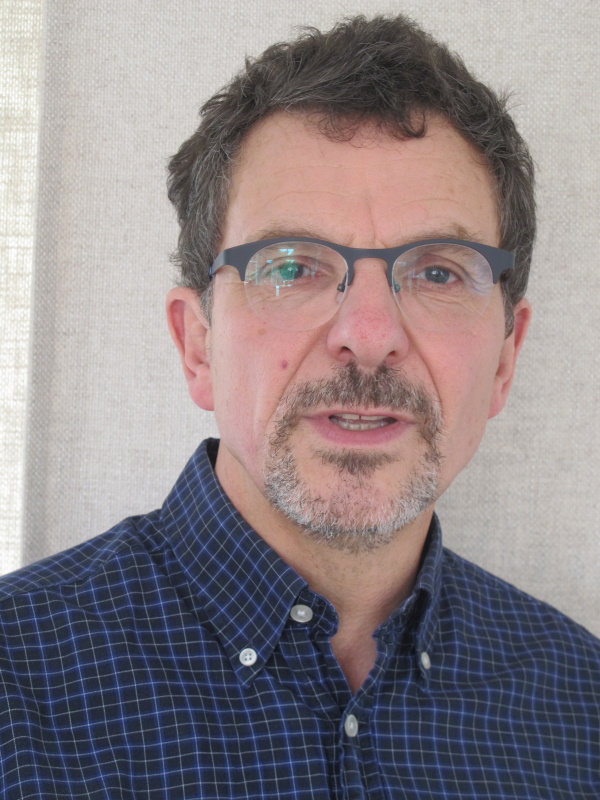 Philippe has an Engineering Degree from Ecole Nationale Supérieure des Télécommunications in Paris from 1983. He worked for 17 years at THALES as Software engineer then Project Manager in Egypt, Belgium and Australia, then managed the ATM System Engineering activities. He set up an ATM consultancy in 2000 specializing in System Engineering and Programme management in the ATM domain. He joined EUROCONTROL in 2006 where he first managed Episode 3, then SESAR WP13 before concentrating on projects dealing with Trajectory Management and Flight Object Interoperability. 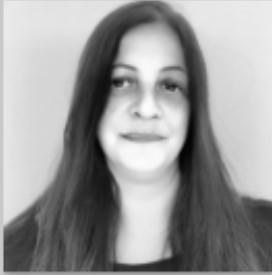 In ENAV since 1995, with first assignment at the airport of Milan Linate, she worked for many years at the Training Center and is currently responsible for European Operational Context Analysis and Monitoring within the Operations department. For SESAR she collaborates in the PJ07 Solution 38 (EDCB & PFDCI), PJ09 Solution 44 (DAC&DCB), PJ10  Solution 93 (Delegation of ATM Services provision among ATSUs) and PJ32 which addresses ATFCM aspects of ATC service delegation among ATSUs in the context of Virtual Centre. 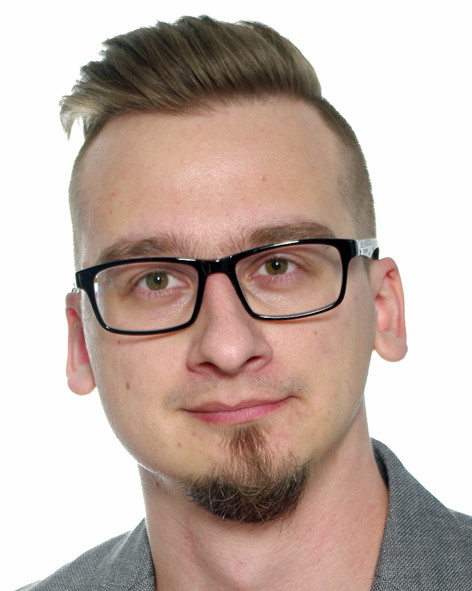 My road as an Air Traffic Controller began in 2007 when I started my training in DFS. In 2008 I completed my OJT in Tallinn ACC and I have been an Area controller for EANS ever since. 2016 I was promoted to ACC Development group in Tallinn that later got heavily involved in the FINEST project. 2018 I got elected to ESTATCA Board and in 2019 became the president of ESTATCA. 2020 i switched my speciality from Development group to ATC Performance group. This Group was also involved in FINEST in addition to many other Day-to-Day issues of Tallinn ATCC. Despite being involved in many extra jobs I still manage to do operational work. About 80% of my working time is still behind the radar with headphones on and microphone in hand. 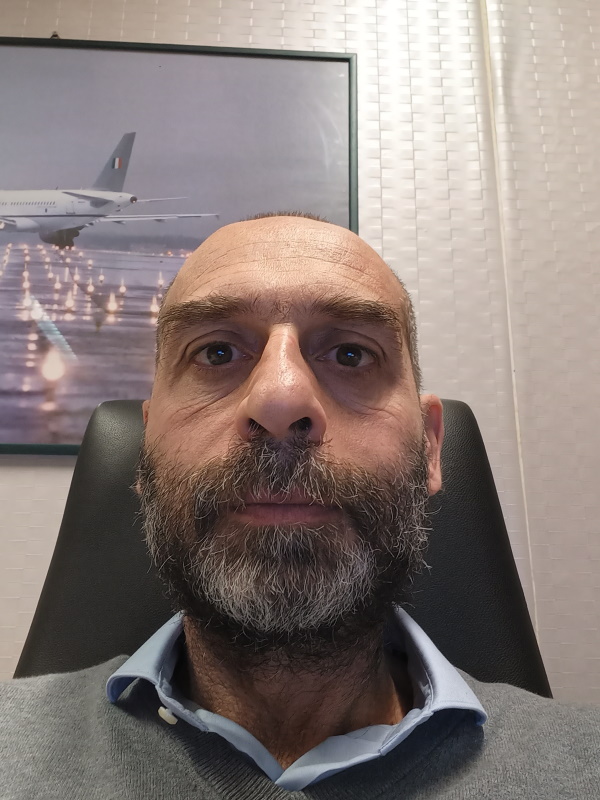 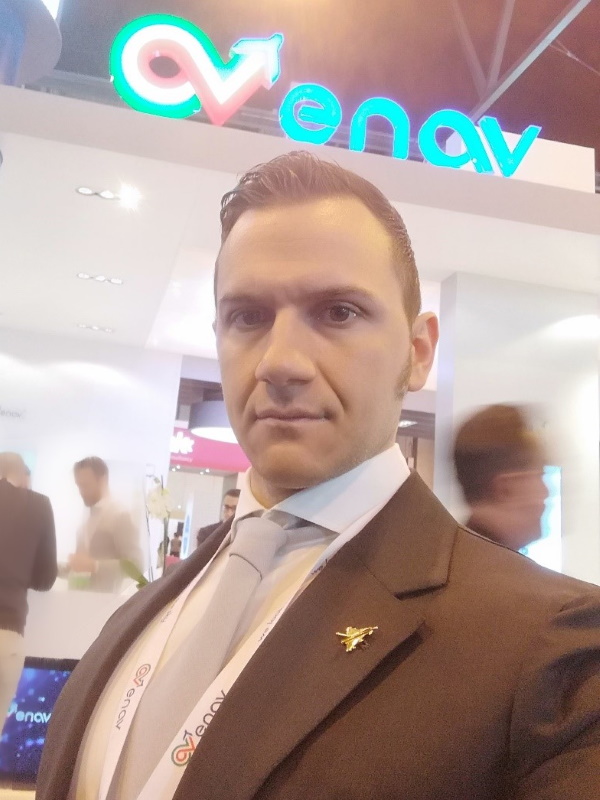 Is an aeronautical scientist with Master Degree in Science and Technologies of Navigation in Naples (University Parthenope) obtained in the 2009. He is currently working in the Research Activities department of ENAV S-p.A as Air Traffic Management Researcher. He is working on the following RPAS and U-Space related research projects: SESAR W2 PJ13 Solution 117 RPAS IFR Integration and RPASinair, SESAR VLD CORUS XUAM, SESAR W3 PJ34 AURA. He is also Contract Professor of "Simulation Validation and Verification of Aeronautical Operations" for the Master Degree in "Management and Safety of Flight", at Università degli Studi di Napoli Parthenope, department of Science and Technologies. In the period 2017- 2019 he has worked for Techno Sky S.r.L an ENAV Group Company involved in research and development activities in the field of air traffic management for Innovation European Programs (e.g. SESAR, SESAR2020, H2020, Clean Sky) in particular for RPAS/Drone/UTM domain.working as project manager. He was solution leader of PJ10-05 -IFR RPAS Integration and PJ03a-09- Surface operations by RPAS two SESAR W1 solutions. From 2011 to 2017 he has worked for SICTA (ENAV ATM R&D Branch) working as validation expert for Real Time and Fast Time simulations and was Point of Contact for Enav in SESAR in many projects relatd domain of ATM/ATC: e.g. RPAS/UAS/Drones, Remote Towers, Airport Systems, Airspace Systems, Augmented Satellite Systems in support of aviation. Most relevant projects are reported as following: MEDALE, RACOON, P5.3 (Integrated and Pre-Operational Validation & Cross Validation), P 5.6.6 (Asas sequencing and merging), P 6.3.2 (Airport ATM performance (execution phase), P 6.8.4 (Coupled AMANDMAN), FREE SOLUTION, P16.6.3 Environment Support and Coordination function, P5.3 Integrated and Pre-Operational Validation & Cross Validation, P 5.7.2 (Development of 4D Trajectory-Based Operations for separation management using RNAV/PRNAV) He is also an RPAS Pilot licensed for RPAS- up to 25 Kg. 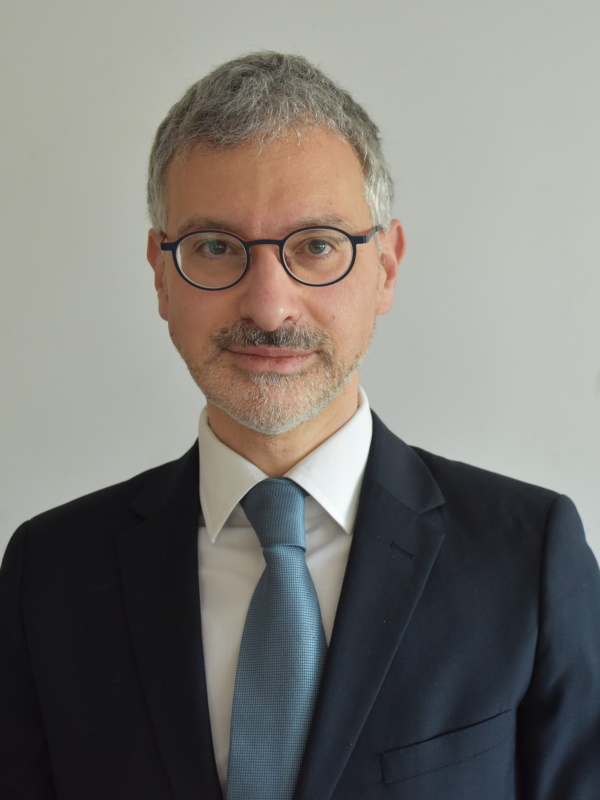 Mr. Giovanni Di Antonio is the Head of Aerospace Technologies and Operations at the Italian Civil Aviation Authority (ENAC) within the R&D New Technologies and Aerospace Department, where he is leading the development of the National regulation for suborbital flight, access to space and re-entry. He graduated in Aeronautical and Astronautical Engineering at University of Rome “La Sapienza”. After some years spent in Aviation and Defence industry, he has joined ENAC in 2006, working as EASA Airworthiness Certification Expert and Design Organization Approval (DOA) Inspector. Mr. Di Antonio presently chairs the Joint Authorities for Rulemaking on Unmanned Systems (JARUS) and the EASA Higher Airspace Operations (HAO) Task Force in charge of carrying out the preparatory work for the future European HAO regulatory framework, under the mandate of the European Commission. He is also involved in the ECHO project for the definition of the HAO concept of operation. Mr. Di Antonio is member of various groups such as the ICAO Space Learning Group, the European Commercial Spaceport Forum, the European Group of Suborbital Flight Regulation, and he is a Fellow of the Royal Aeronautical Society. 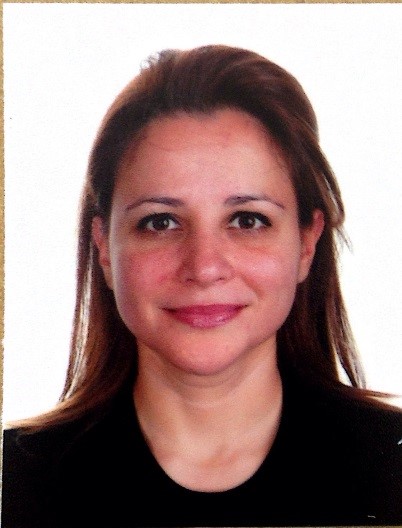 An aviation professional with 19 years of experience. A holder of a B.Sc. Degree in Electrical Engineering who started her career as an Aircraft Engineer with Royal Jordanian Airlines, then progressed from engineering to operational, safety, and management positions within the airline industry. She joined IATA Middle East and North Africa (MENA) Regional office on 01 March 2010, and then joined the IATA ATM Infrastructure Headquarters team in Montreal in 2014. Within her current role, she drives global ATM policy and advocacy as well as the roll out of global initiatives related to the safe and efficient integration of UAS into airspace. She is designated as the IATA member to the ICAO Remotely Piloted Aircraft Systems (RPAS) Panel. 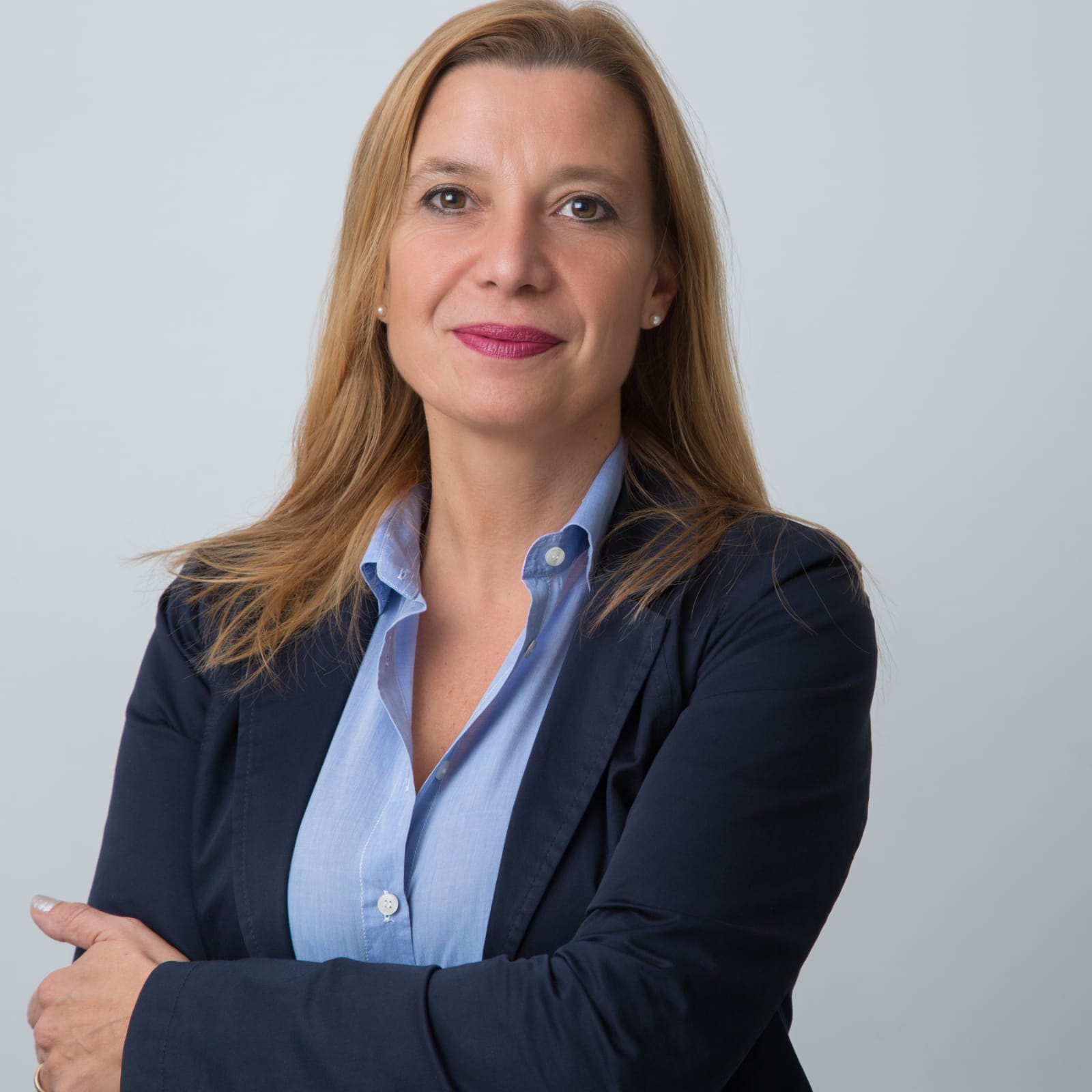 Paola Lanzi (F) is a Senior Human Factors (HF) Expert with demonstrated international project management and coordination experience in R&D and innovation projects. She has more than 10-year experience in project management and a 20-year professional career in the scientific research concerning the introduction of automation in safety-critical domains (in particular air traffic control and aviation), with internationally recognised experience in the fields of human factors, user-centred design, user experience, validation and safety assessment. Since 2001, she has been working in a large number of research and consultancy projects funded by the major EU agencies (European Commission, EUROCONTROL, SESAR) focusing her research on the integration of humans and technology for innovation. She contributed to designing and developing guidelines and methodologies for Human Factors assessment and some of the Validation and Human Performance Assessment Processes used in the ATM research, such as E-OCVM and the SESAR HP Assessment Process. Since 2011, she has been actively promoting the research on the liability impact of automation as a means to feed the design process of new automated technologies for Air Traffic Management, aviation and safety-critical domains in general. In this specific area, she contributed to design the Legal Case method, being successfully used for the proactive assessment of liability implications of new concepts of operations and tools. Her work has been published in national and international peer-reviewed journals and books. She is appointed as an instructor at the Aviation Learning Centre of EUROCONTROL (former IANS), where she is responsible for three courses concerning the topics of "Automation and Liability", "The Legal Case Approach" and "Artificial Intelligence in Future ATM", and lecturer in Communication and Human Factors at the University of Arizona - Orvieto Study Abroad Program. 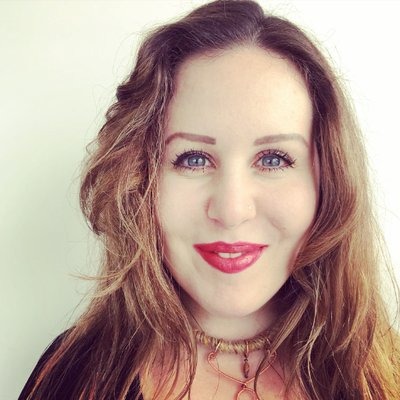 Paola Tomasello (F) is Psychotherapist and Aviation Psychologist, certified by the European Association for Aviation Psychology (EAAP). Paola has been working as Human Factors expert in Deep Blue since 2011, where she has been supporting EU projects on Human Performance and aviation safety and also designing and implementing e-learning and classroom training programs on Human Factors for national and international organizations, including EUROCONTROL, LEONARDO, ENAV and the Italian AirForce. Paola co-authored the first official European guide on stress management in ATM and authored several publications on Italian and international scientific journals, including Nature-Scientific Reports, about topics related to work-related stress, organisational wellbeing and the relationship between human performance and mental health. Since 2016 Paola has been teaching Aviation Psychology and Human Factors at the Giustino Fortunato University. For the same University, she is Theoretical Instructor of Human Performance and Limitations for Airline Transportation Pilot License (ATPL), in compliance with the EASA requirements. 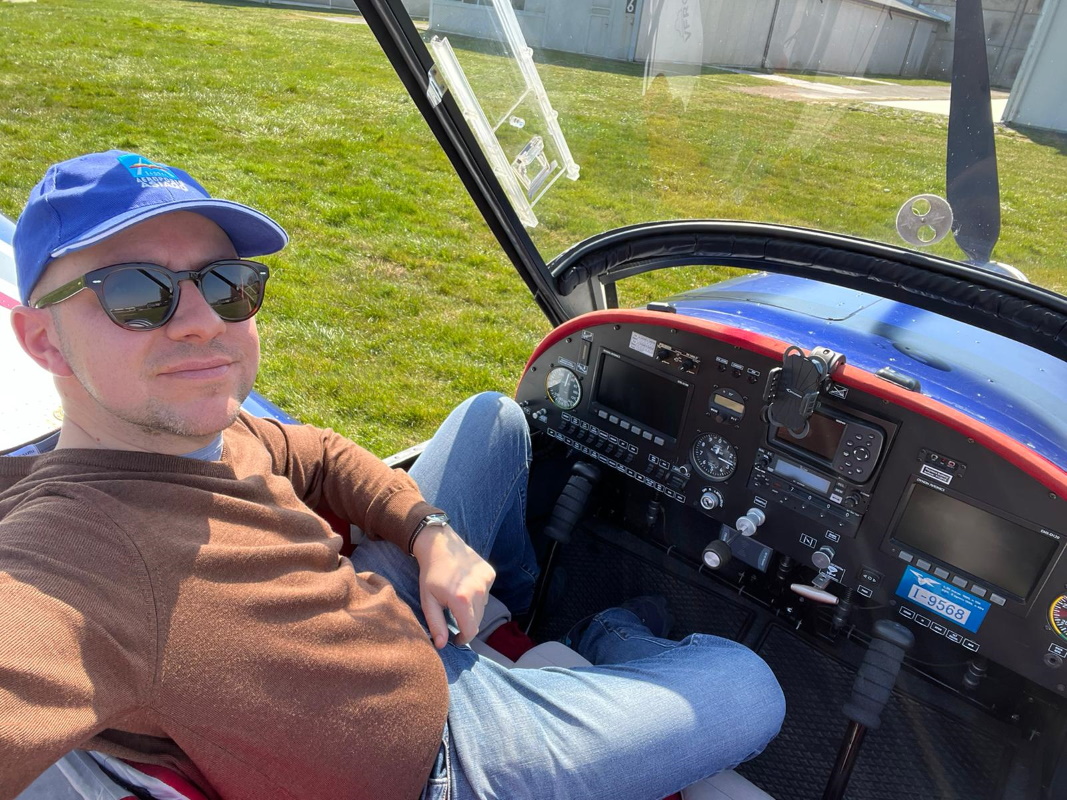 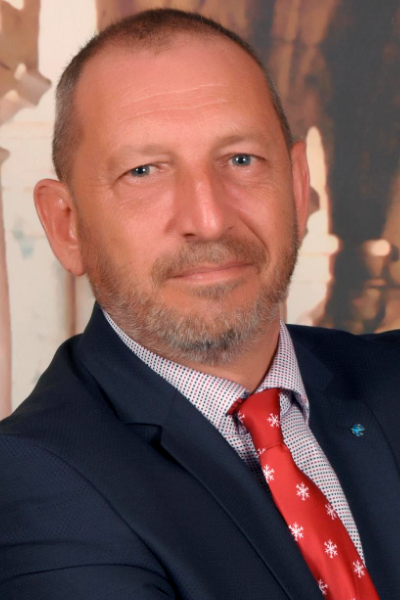 Frederic started his career in aviation in 1990 working at Brussels airport for an American carrier. After experiencing the first Gulf war crisis in aviation, he was recruited by EUROCONTROL to start his training as Air Traffic Controller for the EUROCONTROL Maastricht Upper Area Control Centre. For the last 30 years, he is an active Air Traffic Controller holding ratings in the Hannover sectors of MUAC (over Germany) and has occupied several positions in the OPS environment. President of the Staff Committee at MUAC and vice-President of the Trade Union EUROCONTROL Maastricht, he was involved since 1998 in all EUROCONTROL Reforms. He also followed the various evolutions of the Single European Sky since the initial discussions and was involved in the SESAR definition phase for the Human Factors package as international staff representative and FAB coordinator for IFATCA. He took over the responsibilities as Executive Vice-President Europe for the International Federation of Air Traffic Controller’s Associations (IFATCA) in the midst of the COVID crisis in April 2020 and manages the European and international coordination for 43 countries.